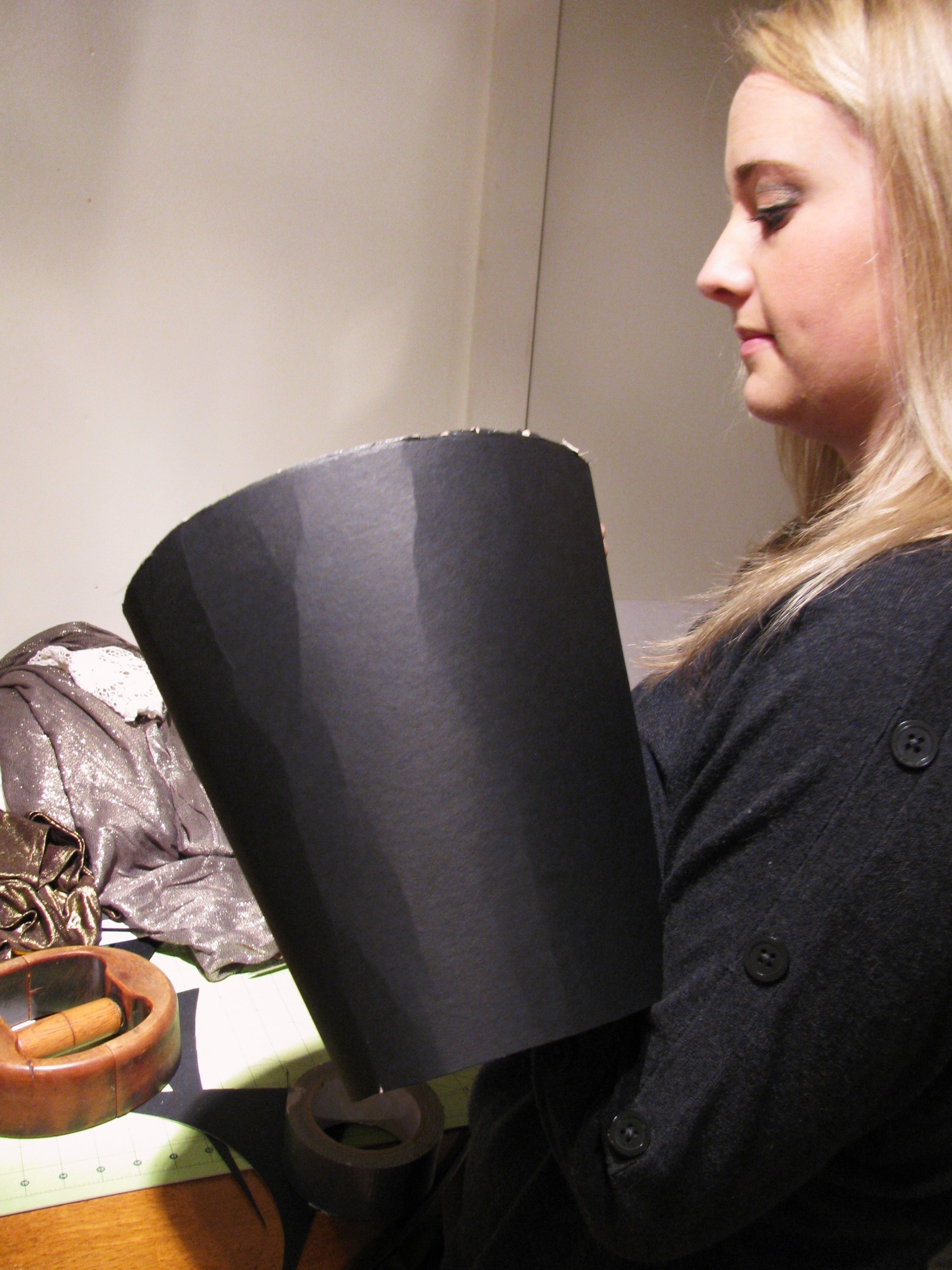 I started of with a heavy piece of mat board and the bottom of an old felt hat. 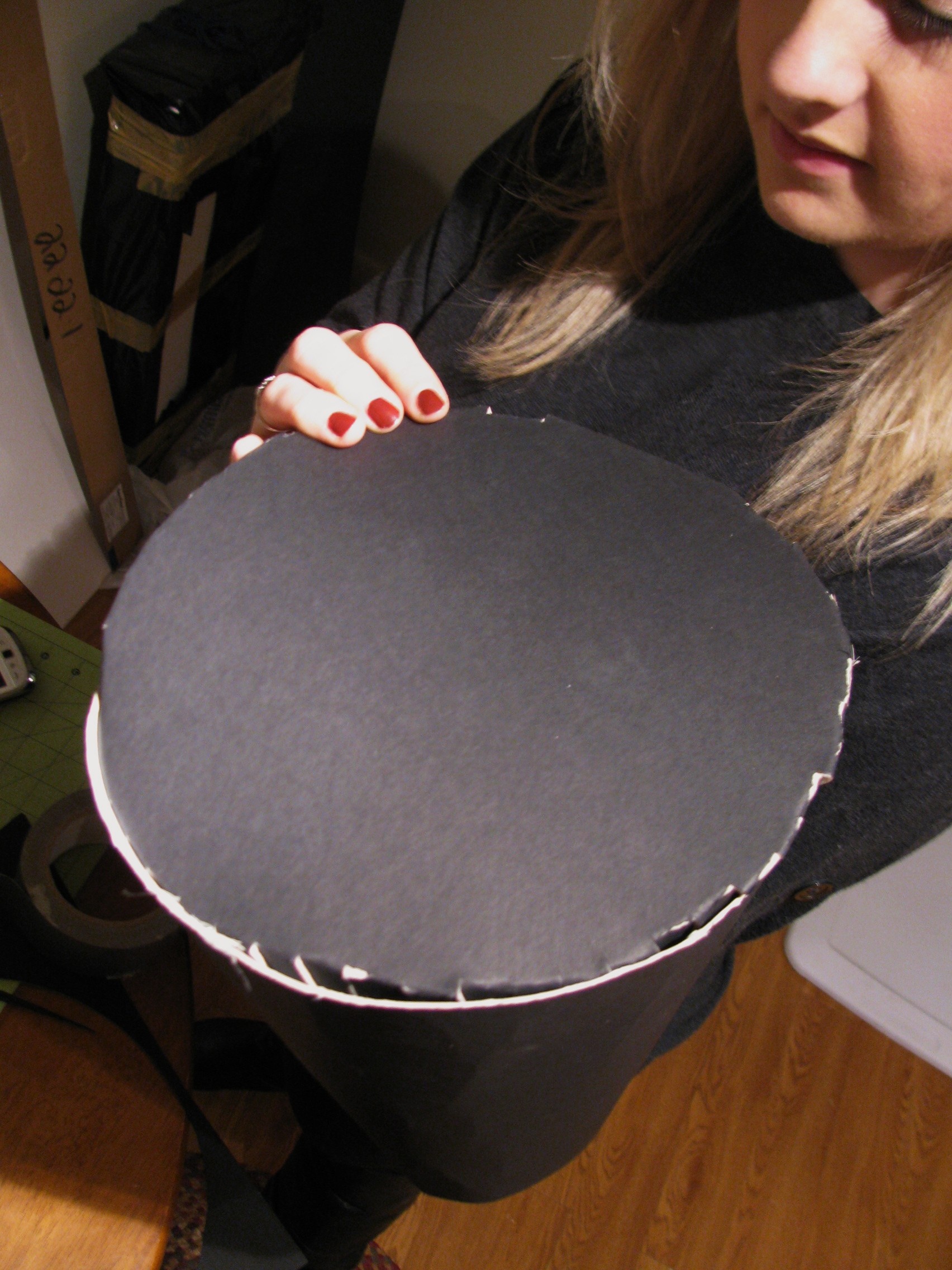 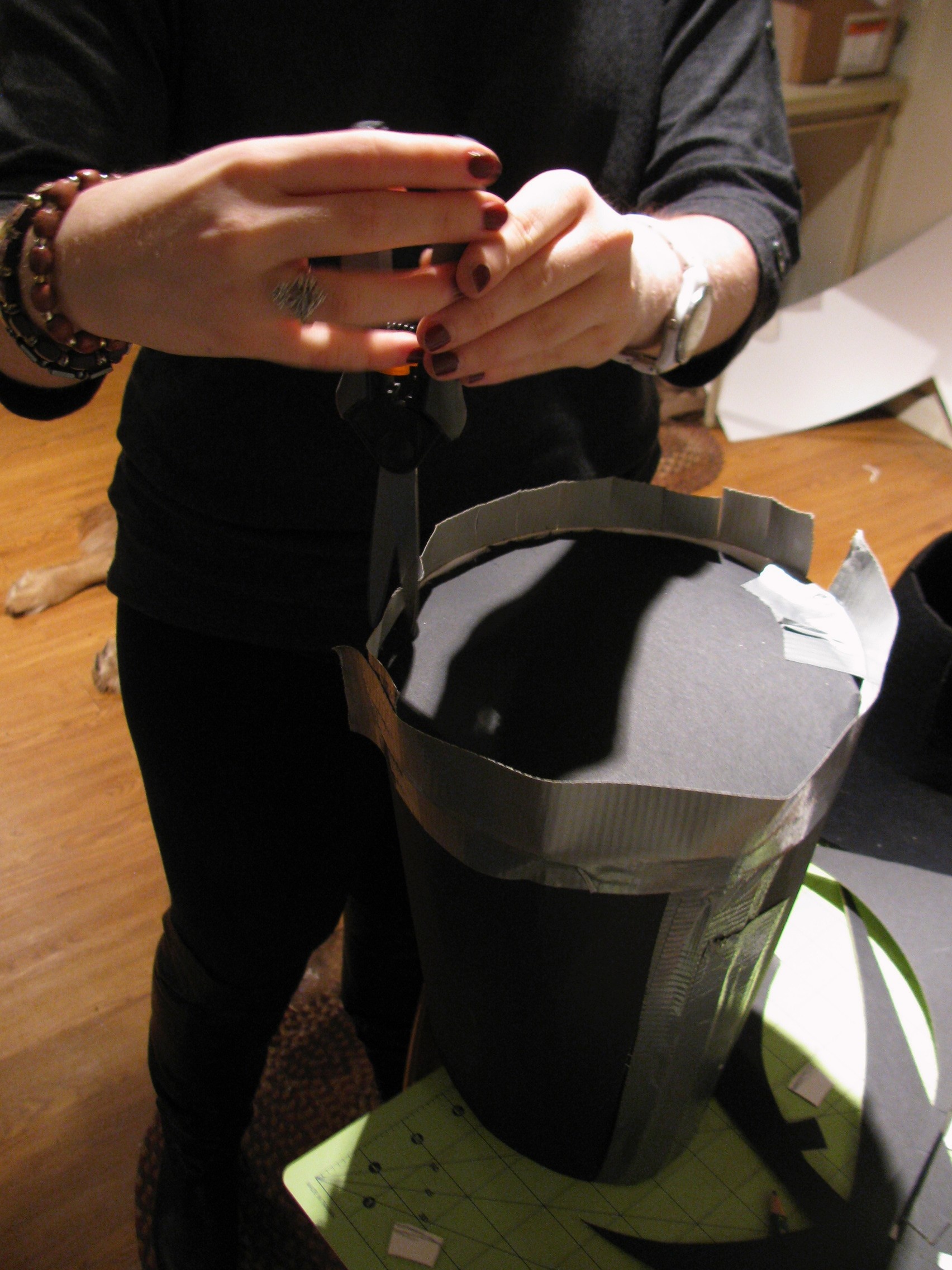 Duct tape was very handy in this project! 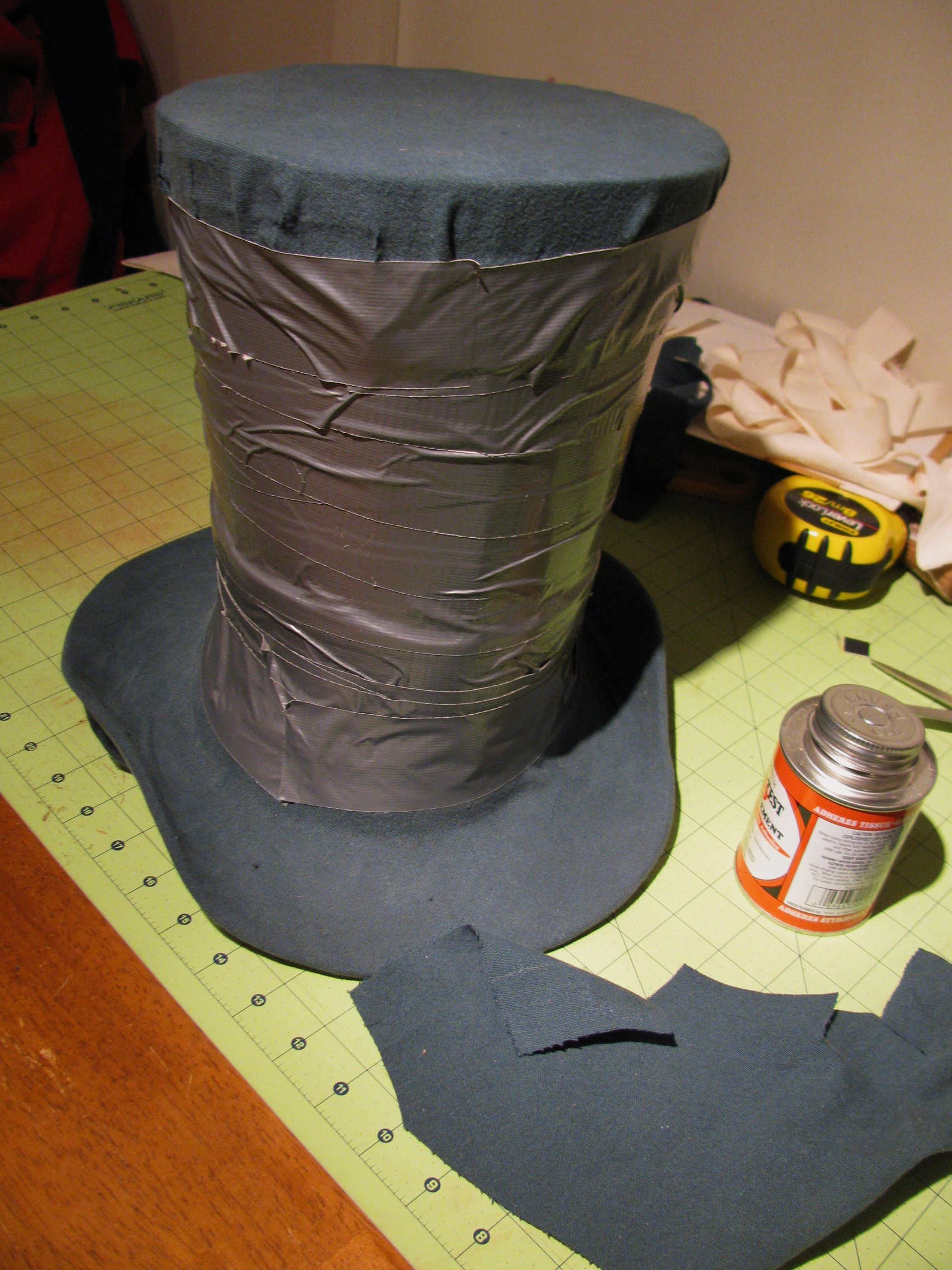 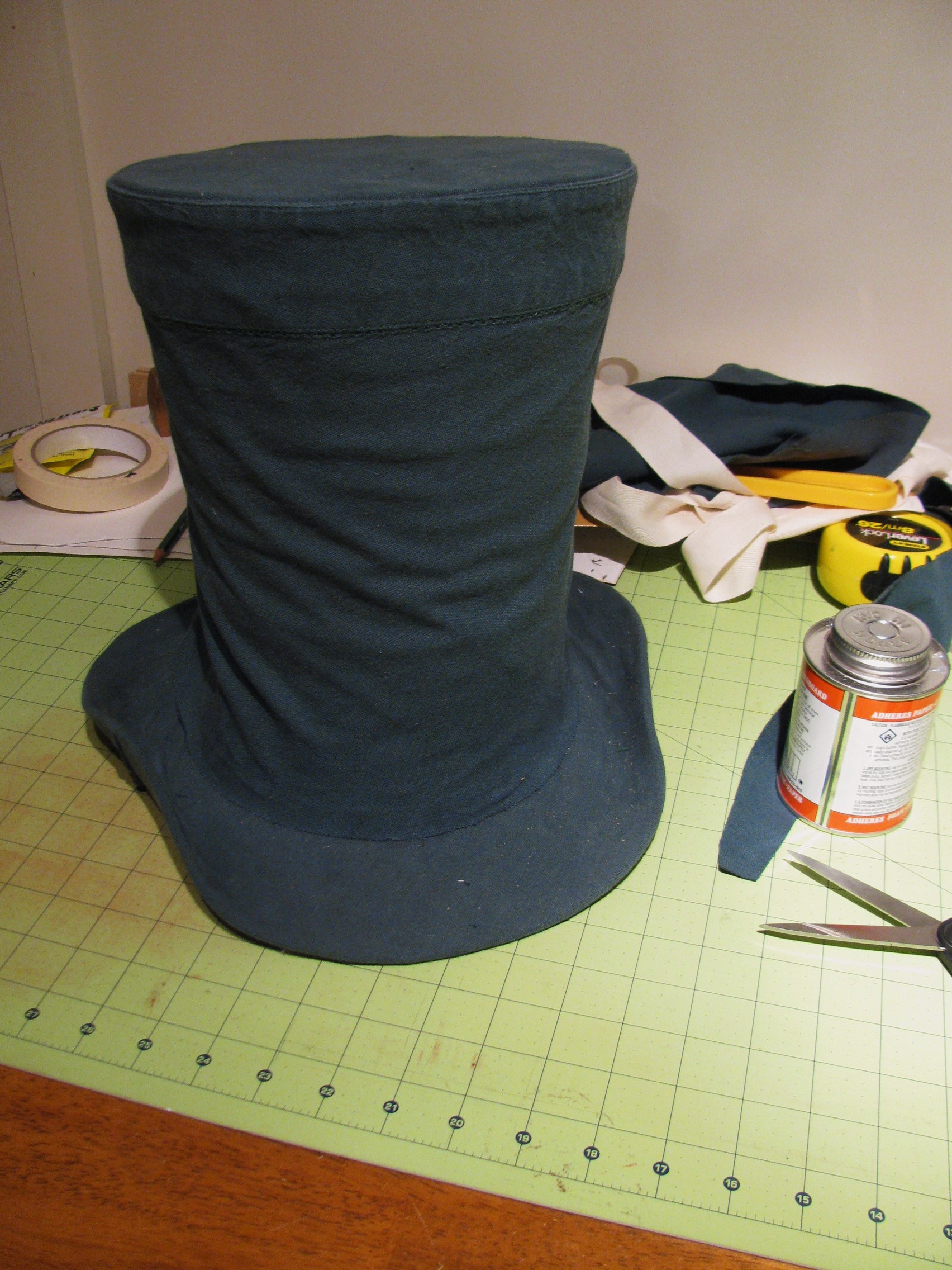 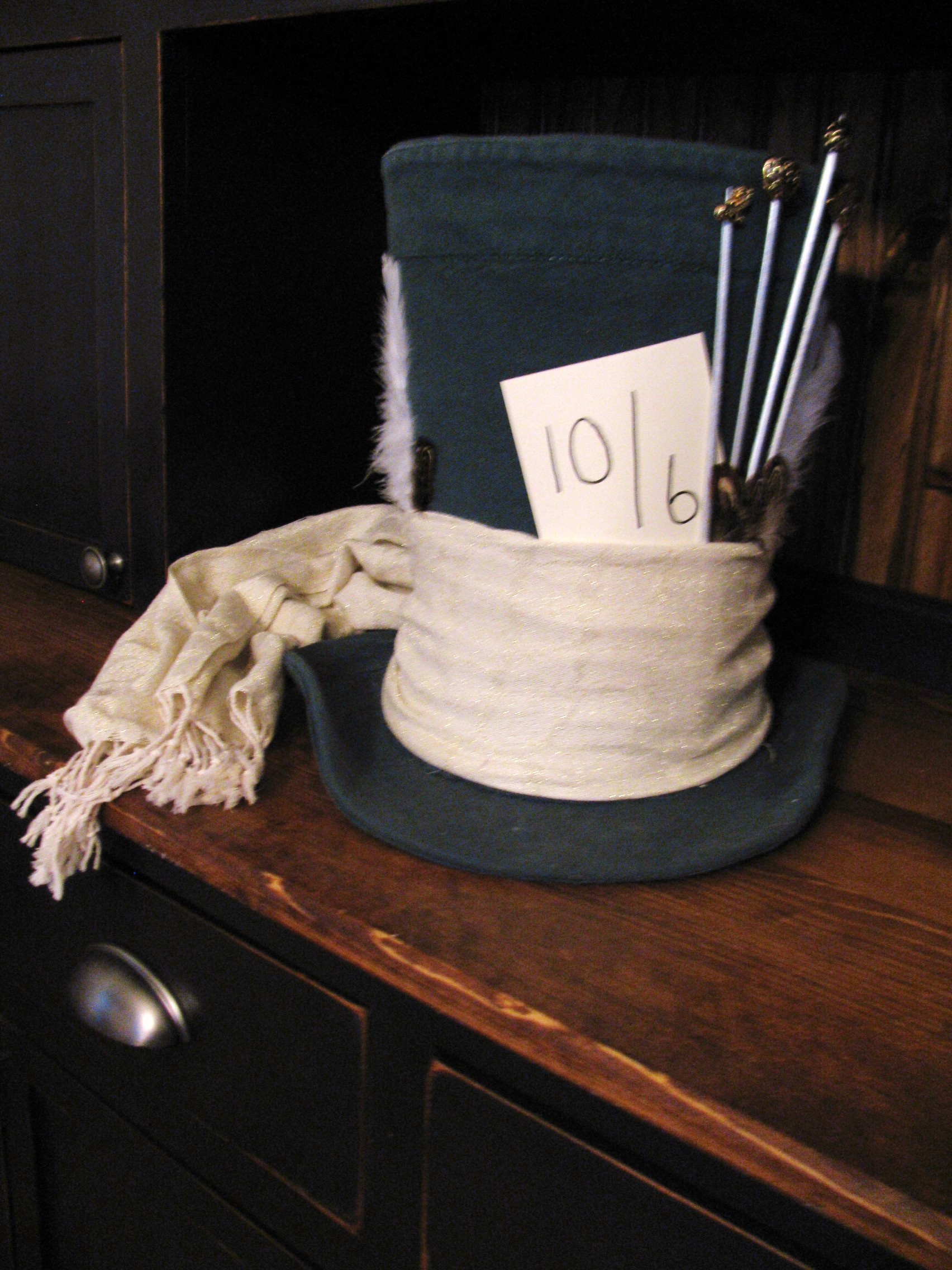 I decorated the hat with a scarf, hat pins, feathers and the famous 10/6 card 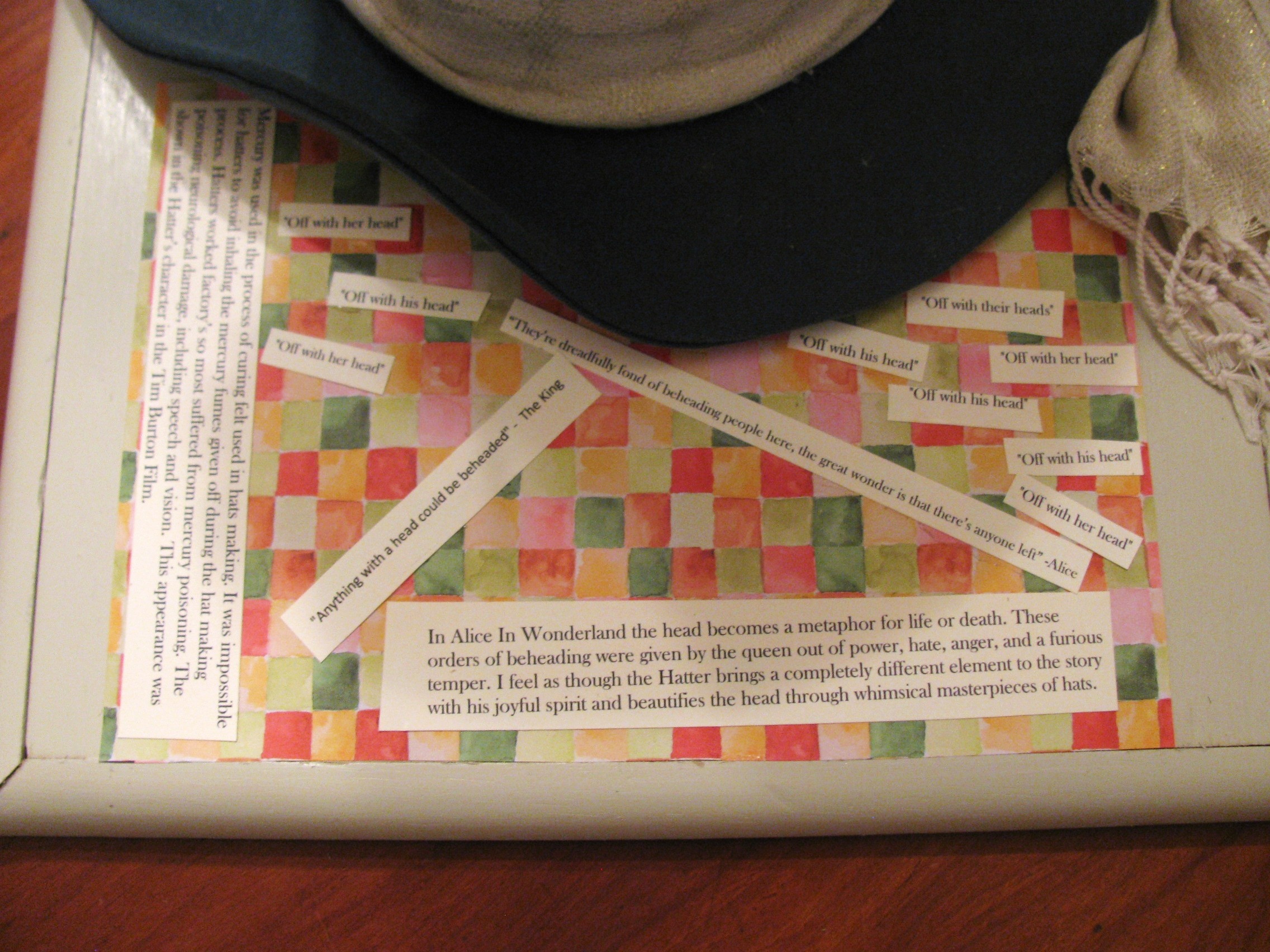 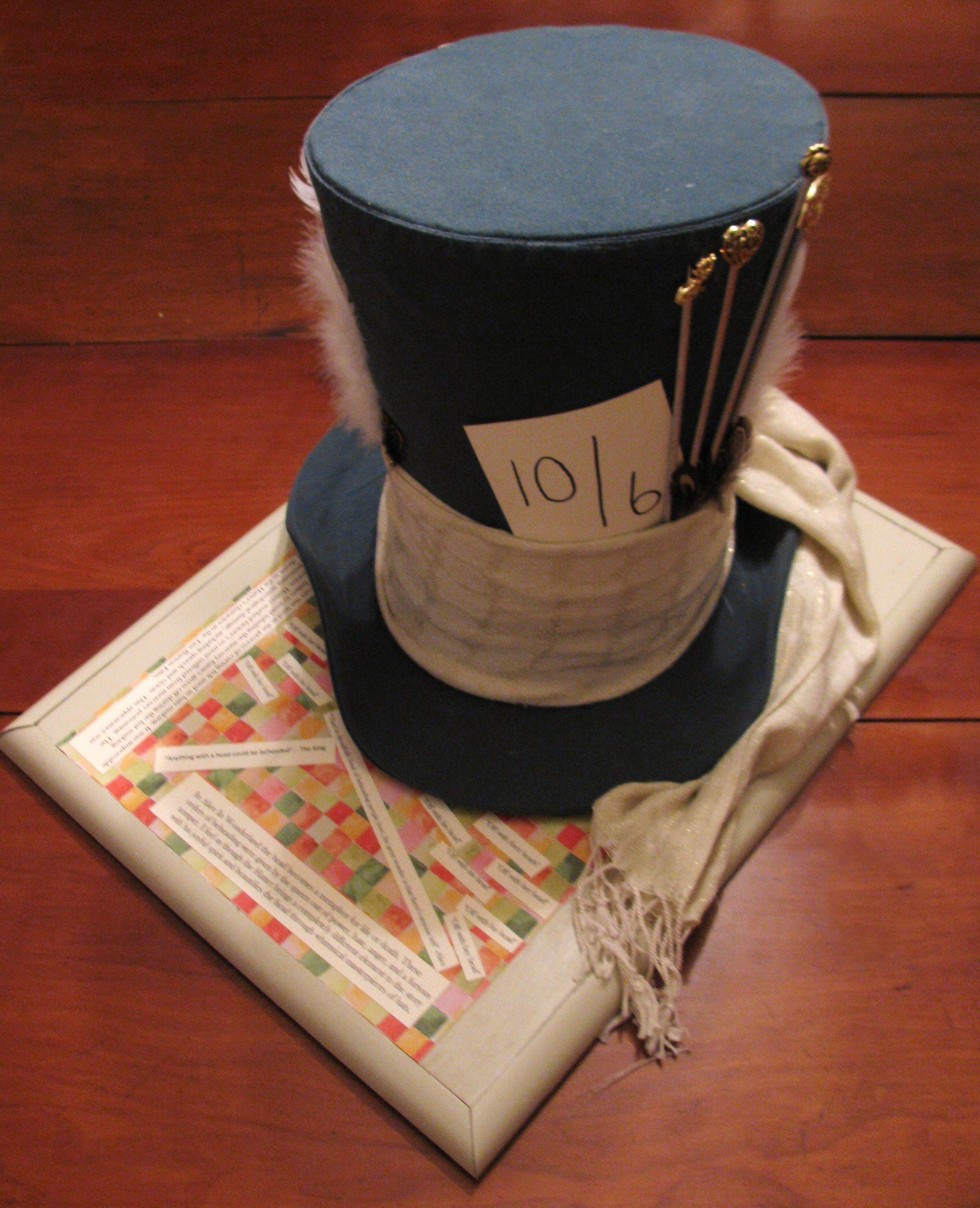