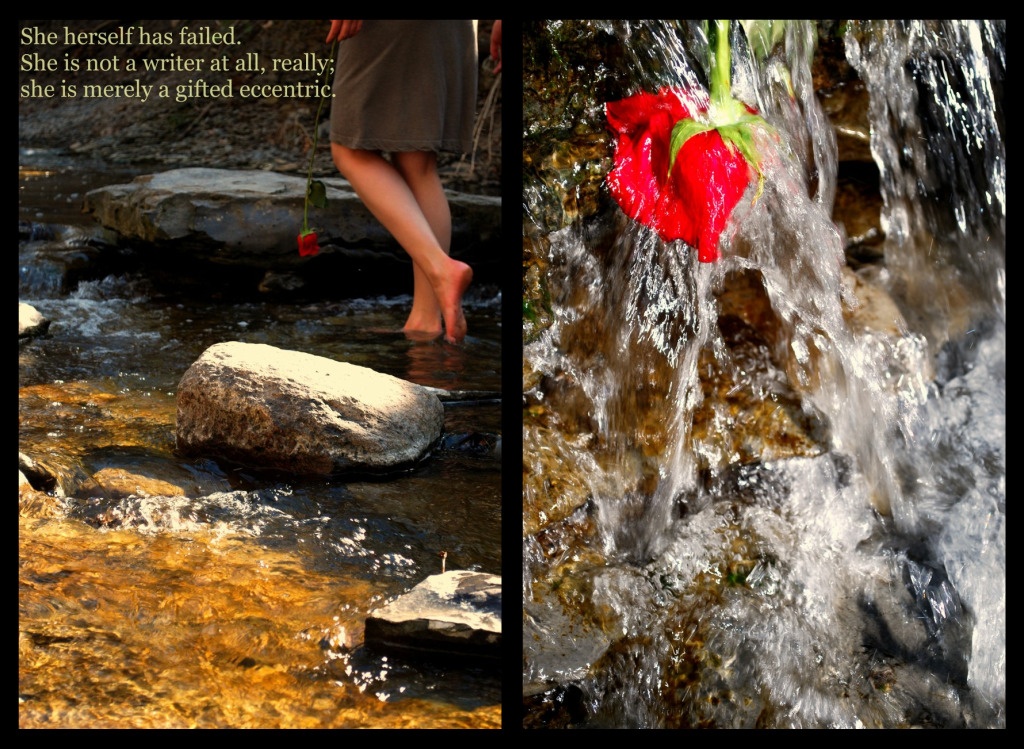 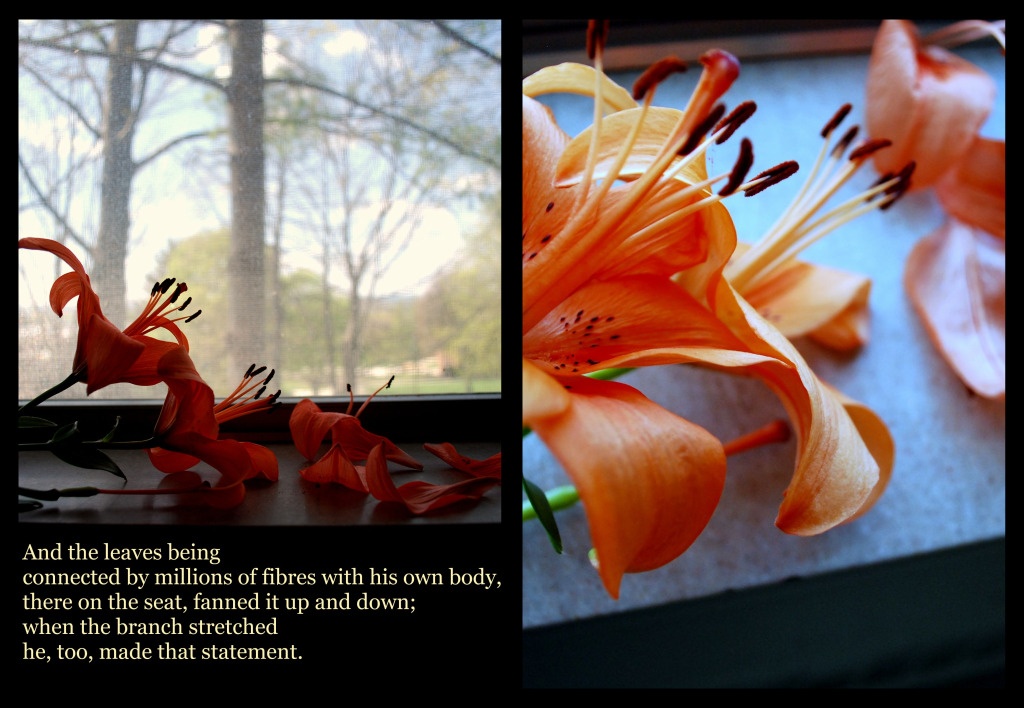 My two images represent the implementation of flowers in Virginia Woolf’s Mrs. Dalloway as well as Michael Cunningham’s The Hours. Along with flowers, I extracted the one character from both novels who committed suicide and tried to interpret their reasoning for their unfortunate fates with photography.

The first image is related to the prologue of The Hours which details the moments leading towards Virginia Woolf’s suicide. Woolf’s work possesses a near obsession with water as it is a common motif in many of her other books, so morbidly it seems fitting that she would commit suicide by drowning herself. I chose the quote on the basis that The Hours constantly refers to failures and this particular quote represents what fictional Virginia Woolf thought of herself and her work. Also the quote can be used to denote her previously failed suicide attempts that Leonard mentioned at the train station in the movie interpretation of The Hours. I had the subject hold a rose to symbolize Mrs. Dalloway which employs the use of flowers to classify certain individuals. I wanted to capture the feeling of Virginia walking towards her death with the use of warm light surrounding the female figure. In the movie The Hours Virginia’s suicide was serene and not at all melancholic or dark.  And with this picture I wanted to show how the world around Virginia inspired her but it was her disease that literally and figuratively drowned her.

Keeping with the implementation of flowers as people, I had a lily represent Septimus Smith of Mrs. Dalloway. I placed the flower on a window sill to represent the moment Septimus before he committed suicide. I chose the particular window and the quote to represent Septimus’ deep connection to the world around him when within his own mind. The window can also be interpreted as Septimus’ mental illness acting as barrier to the external world such as his wife Rezia or the doctors. For the lighting I wanted to make sure that the flower, although radiant, was placed in a dark atmosphere sharply contrasted by the bright outdoors. The flower’s color represents Septimus’ “enlightened” sense of the world he lives in but the darkness can be seen as his deep cynicism for man.