Roots of the Uncourse

The idea of the academic course as "uncourse" that we've put into limited practice in Honr 206 is related not only to the predilection for non-hierarchical association among some computer users (including the organizers of THATCamp "unconferences"). It's also related to an educational model with roots stretching back at least to the 1950's, as exemplified in this fascinating documentary from 1953 titled Practicing Democracy in the Classroom. The documentary's mix of cold-war anxiety, American breast-thumping, and political progressivism will make your head spin, and maybe even hurt, but there's something charming in it, too. 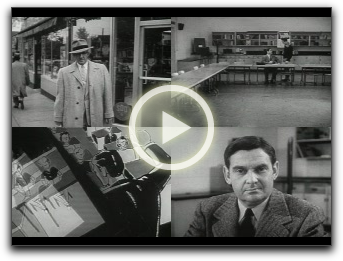