Welcome to the Desert of the Real

It seems we have another case of Alice in Wonderland popping up in modern culture.  Who's seen the Matrix?  If you have, you just got it.

In the movie The Matrix, we follow a stoic, monotonous Neo through his journey of bullet-dodging and ass-kicking.  And where does it all start but with a reference to Charles Lutwidge Dodgson himself.  In the very beginning of the movie, when we first meet Neo, he is prompted by his computer screen to 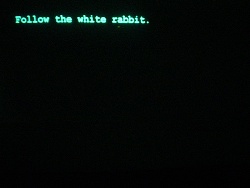 And when he gets a knock on the door he half-reluctantly does as he's told. 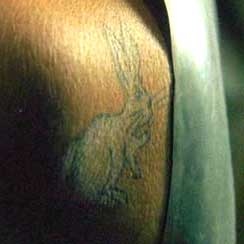 Then a bunch of stuff happens, and eventually he's confronted with a choice: take the blue pill, or take the red pill.  One will put him back exactly where he was with no recollection of any of the preceding events, and the other will allow him to become enlightened to the evil plan of the Machines and fight to demolish The Matrix (see, Wonderland) and take back the earth for humans. In a big intellectual metaphor, one makes him bigger, and one makes him smaller. 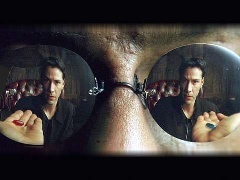 I love The Matrix and this honestly didn't dawn on me until class today.  Now I can never watch it the same way again-- we'll have to see whether that's good or bad.  But for now, can anyone else draw any connections between characters and events in the film The Matrix and its much tamer predecessor Alice's Adventures in Wonderland?  Who would Trinity be?  Morpheus?  Smith?  Perhaps, instead of looking at A Christmas Carol, we should discuss The Matrix... all three of them.  Who knows?  Maybe The Matrix: Reloaded is really just Through the Looking Glass with guns and kung-fu.

For a three-minute familiarization, look here: