In the spirit of Sarah's excellent post on The Importance of Textual Form, here's a link, thanks to Cornell University's Making of America project, to Charlotte Perkins Gilman's "The Yellow Wall-Paper" as it originally appeared in the January, 1892 issue of The New England Magazine.

Notice, among other things, that the title appears over Gilman's married name at the time, "Charlotte Perkins Stetson." Born Charlotte Perkins, she married Charles Walter Stetson in 1884. The two were separated in 1888 and divorced in 1894. In 1900, she married George Houghton Gilman. (More here.)

Do the large illustration and caption at the head of the story have any effect on how we read it? 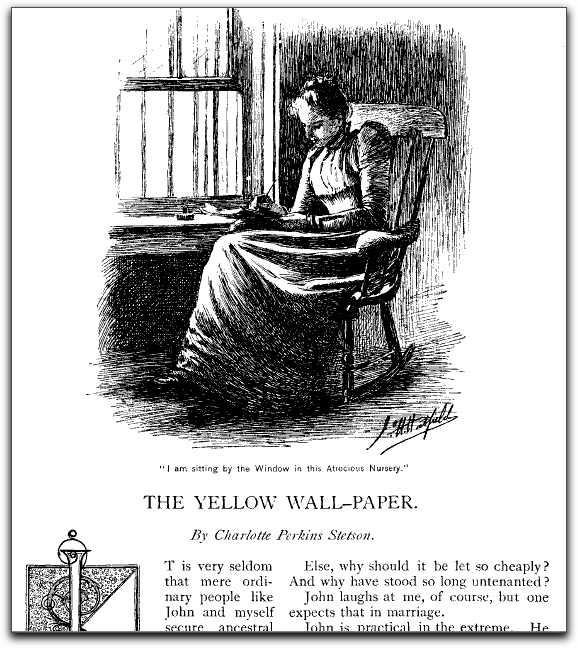