The poetry of J. Crew 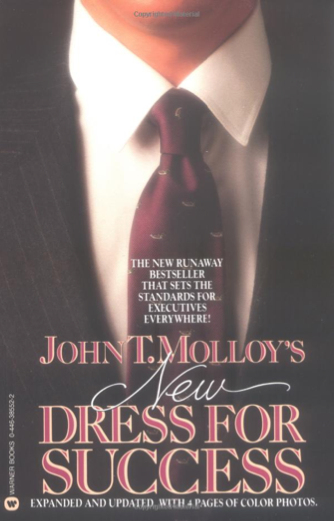 I'm always on the lookout for bits of ordinary language that raise the kinds of questions we find ourselves facing when we practice criticism on the language of literature. It's easier, I think, to get a handle on some of these questions when the language we're talking about has none of the baggage that comes along with a label like Poetry.

Yesterday, in our first meeting of Engl 170-01 (Fall 2011), we tried to define what criticism might mean. There was general agreement that criticism ordinarily involves analysis of texts in order to speculate about their meaning in the form of an interpretation. There was also agreement that textual analysis might involve efforts to relate meaning to form — perhaps towards the end of reaching a judgment about the aesthetic merit of a text.

But there was less certainty about some other matters. What criteria should we use in making aesthetic judgments about the relationship between meaning and form? Should judgments about merit also involve an attempt to decide whether the ideas in a text are true to something outside the text — something we might call life or experience or reality?

These are theoretical questions, and the fact that they arise the moment we begin to think about the practice of criticism reminds us that criticism is like every other practice (medicine, say, or law) in spontaneously generating, among its practitioners, a body of theory. Theory isn't an optional add-on to the practice of criticism. It's built in, because the moment any body of people begin to engage in any activity systematically, they qutie naturally find that they don't all agree on the right or best way to do it.

One theoretical question that divides some critics is how much importance should be assigned to an author's intention. At one point in our discussion yesterday, for example, John suggested that perhaps criticism should always assume that anything we find in a text is there because the author intended it to be.

Whether or not we can or should make that assumption, there are certainly critics who argue that the right aim of criticism should be to discover what the author did intend, or at least that the term meaning should be reserved for the author's intended meaning.

And there are certainly lots of other critics who disagree.

But to return to my starting point in ordinary language. After yesterday's discussion, I opened my email inbox to find this subject line in an email from J.Crew:

My first thought (because critics — like doctors, lawyers, architects, woodworkers, plumbers, ironworkers, and all other practitioners — see their practice in everything they look at) was, There it is! The intention problem!

Why? Because the cadence and general sound of that subject line immediately resonated for me with the cadence of a bestselling book, still in print: Dress for Success.

First, "Fall fetes" is a near rhyme with "Success." Second, the syllabic emphases in the two phrases — what critics of poetry would call the stresses in them — are, if not identical, at least very similar. The capital letters below indicate the syllables that receive emphasis in the book title:

The cadence of the J.Crew subject line (unless you say it with an unnatural lilt) is probably best captured this way:

In other words, fall and fetes get about equal emphasis. (That's partly because of a phenomenon that linguists call stress neutralization. Later for that, though.) But the two of them get a little less emphasis, actually, than dress, and it's not all that unnatural to hear this in your head as something more like

So here's the question: Let's assume, for the moment, that the person who wrote the J.Crew subject line didn't intend to invoke John T. Molloy's bestseller. (Actually, I'm inclined to believe that the writer did — that he or she is likely a former English major composing emails for J.Crew to keep the pot boiling while writing poetry or fiction at night.) But let's say this was totally unintentional, just a bit of compositional good fortune. Should I care?

Shouldn't I still be interested in the way J.Crew and J.T. Molloy make a little music together here? Doesn't the meaning of the J.Crew subject line still become — even if unintentionally — "If you go to J.Crew to dress for fall fetes, you'll be dressing for success?"