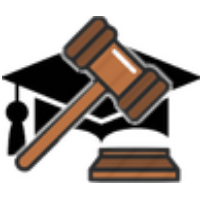 The description associated with the award in the records of the Geneseo Foundation says:

Shortly after Richard Roark's untimely death in 1970, a group of his friends established an award to honor his memory.  Richard's friends describe him this way:  "Richard was a special kind of human being who valued the humane and ethical above all else.  He was a scholar and intellectual who treasured learning and especially books with which, he thought, every person could access the accumulated knowledge of all previous civilizations."

$200 to outstanding graduating senior whose scholarship and community service exemplify the qualities that were so important to Richard. The recipient is given a stipend to purchase books, and the recipient's name will be inscribed on a plaque displayed in the Robert W. MacVittie College Union.  Recipient chosen by special faculty committee. Supported by College Senate.

(compiled by Meg Stolee in 2016, mostly from the memories of those who were here at the time.)

Richard Roark, a PhD from the University of California, joined Geneseo's Anthropology Department in 1965.  He believed strongly that good academic work must be accompanied by good service to the larger community.  He also believed that extensive reading, especially those works with an international focus, was essential for an individual to learn how to merge academics and service.  He was a popular and inspirational teacher for these reasons.  His interests coincided with the generation he was teaching, i.e., students who were avidly seeking ways to better the world.  I would guess that Geneseo's administration was perhaps less enthusiastic about him as he was known to inspire rallies, sit-ins, and demonstrations!  I think he did a lot to bring the student movement to Geneseo.

In the spring of 1970, Professor Roark and his wife spent the break in Guadeloupe in the French West Indies.  He went for an afternoon swim one day and never returned; he was presumed drowned.

His survivors continued to be active in the college.  His wife, Sue Roark-Calnek (PhD from Bryn Mawr College), joined the faculty in 1966 and taught in the Anthropology Department until she retired as an Associate Professor in December, 1998.  Her daughter, Julia Calnek, attended Geneseo off and on until she graduated with a major in History in 1999.

His grieving family and friends were so moved by the untimely death that they immediately started seeking funds to generate the Richard Roark Memorial Award.  They established the selection criteria that the winning student must combine excellence in academics with a proven commitment to community service.  The winner is announced at Commencement; the winner receives a check to buy books; and the winner's name is inscribed on a plaque to be displayed on campus.  This group was so successful at raising funds that the first Roark Award was announced at the 1970 commencement. As far as I can tell, the award has been given every year since; that means that 2016 is the 46th anniversary of the Roark Awards.

The limitation of the award to serve for book purchases is in the award description currently at the Geneseo Foundation.  Since at least 2011 it has simply been a cash award, with the idea of books mentioned.

These pages are currently maintained by the Governance Webmaster. Please report corrections to mclean@geneseo.edu